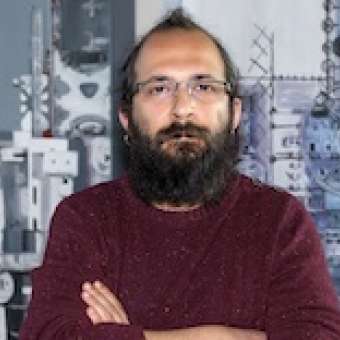 After receiving his B.A. Degree in Psychology from Bogazici University in 2003, Alper Açık moved to Germany and completed an M.Sc. Degree in Cognitive Science at the University of Osnabruck. At the same institute, he worked on his PhD in Cognitive Science and delivered lectures on cognitive psychology and neuroscience between 2006 and 2011. He obtained his PhD in 2015. Since 2009 he is involved in the organization of popular scientific seminars on various topics. His areas of expertise, research and interest consist of visual attention, eye movements, natural image statistics, perceptual mechanisms and embodied cognition.