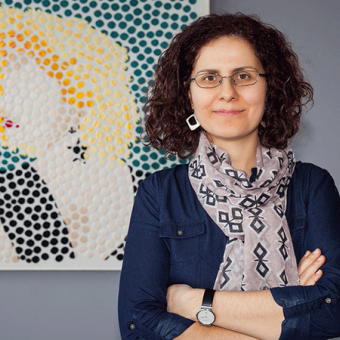 Studies of Religion and Secularism, Sociology of Science and Technology, Gender Studies

Berna Zengin Arslan received her B.Sc. from Bilkent University, Electrical and Electronics Department. After completing her MSc. in Gender and Women’s Studies Program at the Middle East Technical University, she received her Ph.D. in Sociology from the University of California Santa Cruz. Dr. Zengin Arslan spent the 2019-2020 academic year as a Fulbright Fellow at the UC Berkeley Rhetoric Department. She was awarded a two-year Andrew W. Mellon Postdoctoral Fellowship for the period of 2010-2012 and with this fellowship, she acted as a visiting assistant professor at the City University of New York Graduate Center. She was a visiting researcher at the Sciences PO CERI, Paris in 2017 with the Turkish Embassy of France Scholarship. She also received the Turkish Science Academy Award for the Young Scientists in 2015 and the Sociological Review 2014 Prize for Outstanding Scholarship with her article jointly written with Bryan S. Turner. Her research areas are studies of secularism and religion, science and religion, gender, science and technology, Islam and secularism in Turkey and Europe.