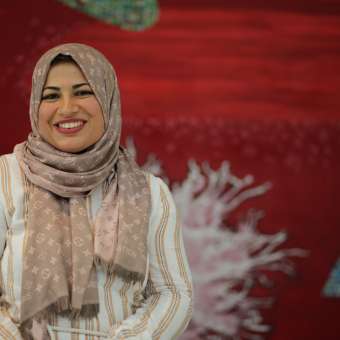 Salma Alamassi works as an Arabic instructor at ScOLa. She received her BA in English/ French Literature from Alazhar University in Gaza/ Palestine in 2006. Before joining Özyeğin University, she worked as an Arabic teacher assistant at public high schools in France and she worked as a French teacher and examiner (DELF A1, A2, and B1) at the French Institute of Gaza. She also worked in Alazhar University as a French lecturer.