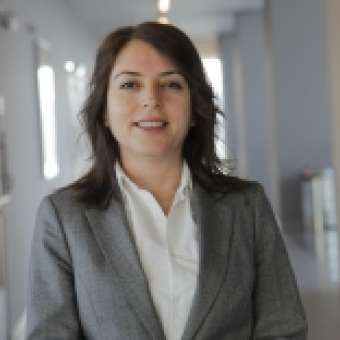 Dr. Oktar completed her undergraduate studies in Psychology at Middle East Technical University in 1989. In 1992 she completed her master's degree in Philosophy, and in 2008 her Ph.D. studies at the same University.

From 1991 to 1996, she served as a Training and Promotion Expert at the The Banks Association of Turkey, and later as the Manager of their Training Center. In 1996, she served as the manager responsible for all training activities and human resources infrastructure at Aksigorta. In 1997, she joined Commercial Union Hayat in order to establish the Human Resources Department. In the firm ""Aviva Hayat ve Emeklilik"", she was in charge of all human resources activities.